Since joining Weight Watchers in early December, I've had to give up my Starbucks Cinnamon Dolce Latte. I still enjoy it about once a week in its nonfat version, but it's not the same! However, my daily coffee fix has now been made even yummier with this:

My favorite flavor is Southern Butter Pecan. It's so delicious!

Hi Autumn,
You don't know me, but I came upon your blog from a question you left on the CFHusband blog. My husband and I adopted our youngest daughter this summer, just a week shy of her 5th birthday. My older 3 children are not adopted, so this is all new territory for us. I'm not at all wanting to invade your privacy, I just wondered if you could shed some light on the things Chloe Grace may struggle with as she grows up since she was adopted around the same age you were. Obviously, I realize everyone handles things differently. Just wondered if you'd throw me a bone!

Also wanted to say your baby is simply beautiful! Isn't being a mommy just the best??

Cam and I LOVED the 90 minute baby sleep cycle book. It was the bomb!! I'll tell ya though we put Piper down to sleep while sleepy when she was just a couple months old and she didn't cry much. I think the longer you wait, obviously the longer they'll cry. We let Andrew and Parker cry it out when they were babies and it was hard. Some people are anti crying it out and I understand that, too.
What's cool about the sleep cycle is that it really did make so much sense. When I would notice Sissy was getting a little cranky I'd look at the clock and sure enough it was 90 minutes or 180 minutes after she had woke up. I let my old principal borrow it or I'd send it to you.

Yes, I think I missed the boat on that one. Soph was a pretty bad sleeper until 3 months and I guess that's when I should have "sleep trained"..but I didn't know! Oh well, I know for the next one:)

I talked to another mom in Sophi's gymnastics class about her daughter Sophia. She said they did cio all through December. Well actually it was her husband that did it because she couldn't stand hearing her Sophia cry..That's how it would be for me too. I'd make Jeff do the dirty work but sadly we are both mushy and would cave. She's already got the 90 minute thing down it's just that she relies on me to rock her. Funny thing is she doesn't fall asleep while I rock her she is awake!

Every time I have a cinnamon dolce latte, I think of you. That's what we were sipping before I left Vancouver!

By the way, their skinny cinnamon dolce lattes simply won't do. I've had them. They're icky. Icky, I tell you!

Oh the skinny is foul! I cannot stand Splenda..ick!

Autumn
I'm a 30 something SAHM to the most wonderful girl, Sophia and two fur babies, Eddie and Scarlett. I'm married to the most amazing man, Jeff. This is just the daily ramblings of a southern girl living in the big city of Vancouver, BC (now Dallas, TX)!

The Loves of my Life 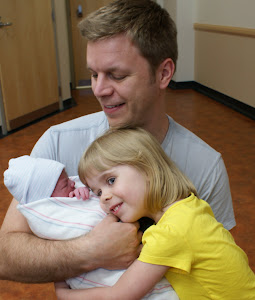